"Viamedia and Service Electric have had a deeply rewarding partnership, and we are thrilled to continue our services in the Philadelphia DMA," said Viamedia CEO Mark Lieberman. “Having worked together for many years, we understand the needs of Service Electric as well as the communities they serve, and we’re confident advertisers will continue to benefit from our Service Electric sales offering.”

“Viamedia has proven itself to be a leader in advanced advertising solutions for cable television,” said Andy Himmelwright, General Manager of TV2 at Service Electric. “Our renewed partnership is not only beneficial for us, but also our subscribers and local advertisers across multiple Pennsylvania communities.”

Headquartered in New York City, Viamedia is the largest independent cable TV ad management company for local, regional and national advertising, programmatic and ad tech solutions, responsible for nearly one million spots per day on behalf of over 12,000 advertisers. The company specializes in selling advertising on behalf of 60 U.S. cable and telecommunications service providers, utility companies and municipalities, and employs approximately 380 people across the country. The company also operates placemedia, a programmatic data-driven TV ad platform, which aggregates ad inventory from Viamedia, major MVPDs and more than 40 national cable networks across 210 DMAs. For more information, please visit www.viamediatv.com and www.placemedia.com.

Becky Jones, Chief Marketing & People Officer, is a respected 19 year cable TV advertising veteran. When she is not managing the PR, marketing and communications strategy of Viamedia, she's cheering on her two boys from the sidelines, watching her latest TV series obsession, or listening to the latest trendy audiobook.

BEYOND THE BASICS: Put Your Marketing in Motion with Video Advertising
posted at Jun 16, 2021 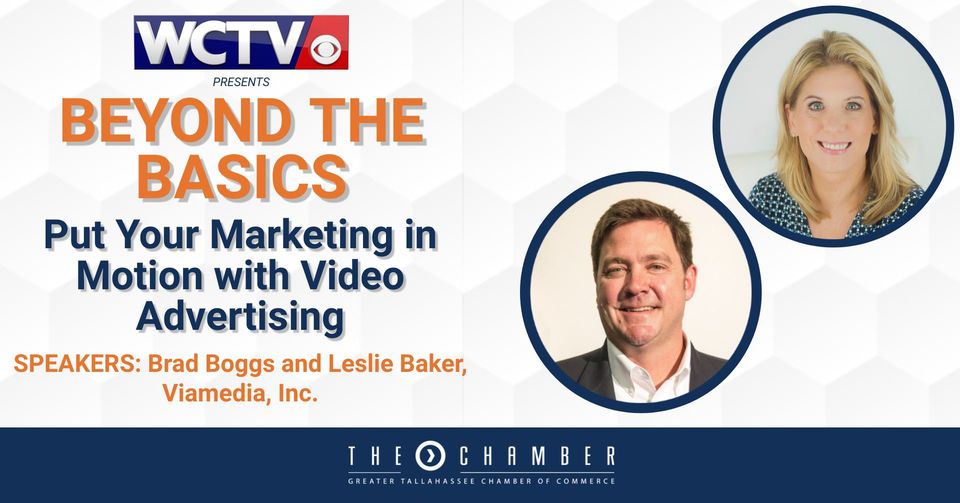