Year-to-Date 2020 Spending by Presidential Candidates – Nearly Two-Thirds of It from Bloomberg Campaign – Skyrockets vs. 2016

Not surprisingly, ad spending by the presidential candidates now constitutes the largest segment of cable TV political advertising – 47% of the total vs. 34% for issues advertising led by political action committees (PACs), followed by 10% for U.S. Senate races and a total of 9% for campaigns for the U.S. House of Representatives and state and local races.

This represents an unprecedented reversal from the spending pattern for the comparable year-to-date period during the 2016 election. During that presidential cycle, issue advertising led all political-ad categories on cable TV at a 40% share vs. 26% by the presidential campaigns, 16% by U.S. Senate candidates, and a total of 18% for campaigns for the U.S. House of Representatives and state and local races – all similar to the year-to-date pattern in 2012.

“It used to be the case that issues advertising, largely by PACs, was emerging as the dominant category of political advertising -- but the Bloomberg spending, especially, has flipped the script, at least for this cycle thus far,” said Mark Lieberman, Viamedia president & CEO.

“These are early numbers and nearly two-thirds of cable TV political ad spending in a presidential-election year materializes between Labor Day and Election Day,” Lieberman added. “Nevertheless, our trending data indicate the local cable TV industry, bolstered by attractive geo-targeting capabilities and popular, curated content, will once again see a record year for political advertising. Given Mayor Bloomberg’s promise to continue spending regardless of his own candidacy, this level of spending growth should hold.”

These findings come from an analysis of data from cable-advertising transactions booked year-to-date through February by Viamedia, the largest independent local ad management company. The data was culled from political advertising purchased on more than 60 of Viamedia’s multichannel video programming distributors (MVPDs) of various sizes across 72 markets, including most of the “battleground” states – Ohio, Florida, North Carolina, Pennsylvania, Arizona, Georgia, Nebraska, Wisconsin and Nevada.

While the data reflect Viamedia activity, Viamedia’s political ad sales to date are in line with a Kantar/CMAG estimate that political advertising on cable will grow as much as 41% in 2020 compared to 2016.

Headquartered in New York City, Viamedia provides a comprehensive audience and impression-based local video and digital advertising platform. As part of the platform, Viamedia has exclusive cable TV ad inventory from more than 60 Cable TV Distributors in 34 states across 72 DMAs, offering advertising on cable TV networks to more than 6,000 local, regional and national advertisers. Viamedia also offers those advertisers a complimentary suite of impression-based digital products including Viamedia's proprietary QTTTM as well as OTT, mobile, display, email, search, and social, in those DMAs and beyond. Viamedia's success is built on its proprietary software, people and processes. For more information, please visit https://viamediatv.com. 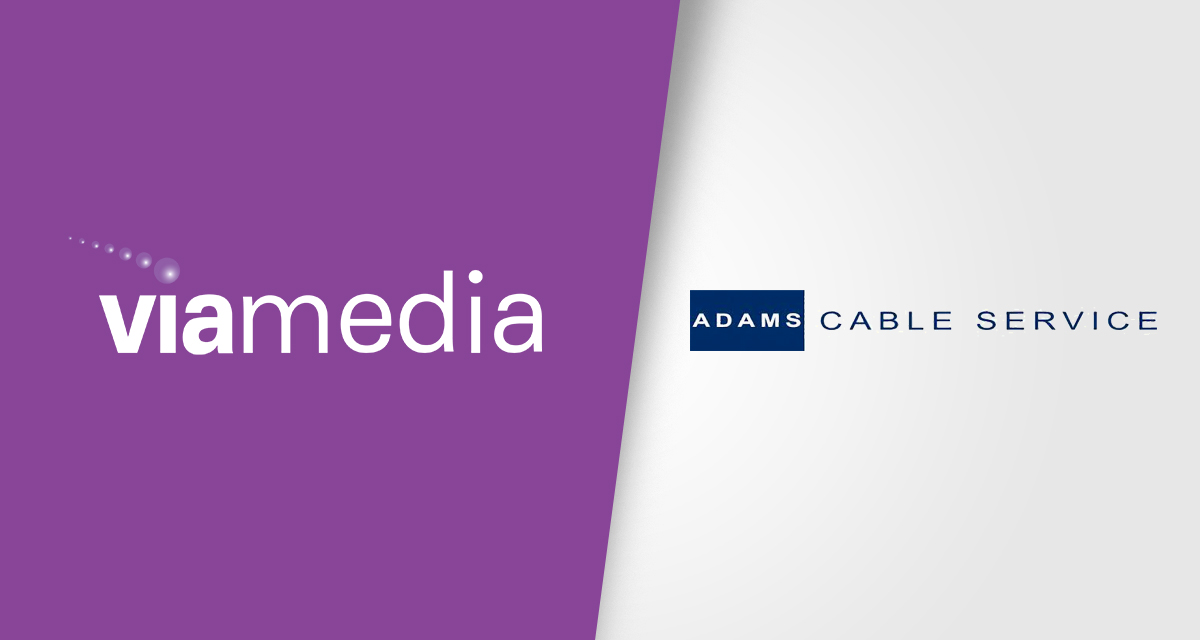