OWN's The Haves and the Have Nots

Tyler Perry's The Haves and the Have Nots is pure soap opera that has cast a spell over viewers for several years. Last season, the show delivered rating and share levels three-times higher than the average viewing for OWN in the show’s 9pm time slot. Moreover, “HAHN” actually increased its ratings and shares over the prior year – a feat practically unheard of ...

This past fall, we reviewed Tyler Perry’s salacious, steamy soap opera, “If Loving You is Wrong,” and it’s hardly a coincidence that his other mega-hit series on the Oprah Winfrey Network (OWN) -- “The Haves and the Have Nots (HAHN)” -- is just as salacious and steamy, if not more! But at another level it’s unfair to make such a glib comparison since “HAHN” deals with a much deeper (and wider) array of themes, such as income inequality, race, religion, politics… you name it, this show has got it.

“HAHN”, which begins its sixth season on January 9th, 2018, follows the trials and tribulations of three Savannah, Georgia families inexorably linked by one scandalous drama after another. Tyler Perry has given us the troika of “Two Haves” (the Cryer and Harrington clans) and one “Have Not” (the Young family), and after five seasons and 100+ episodes, the show has served up a very raw view of life in which several main characters have deep character flaws (to put it mildly).

Take, for example, the head of the Cryer family, Judge James Cryer (played by the American actor and country music singer, John Schneider). Besides being a chronic adulterer, he has used his position of power for all sorts of wicked deeds (such as employing thugs to collect on personal debts). There’s also the matriarch of the Harrington family, Veronica (played by the American actress and singer, Angela Robinson) -- a rags-to-riches story who hides her viciousness under a veneer of class and refinement. She is, for example, virulently anti-Gay, which unfortunately extends to her own son. And representing the “Have Nots” is Candace Young, played by the American actress and model, Tika Sumpter -- a con artist at heart and mistress of James Cryer.

“HAHN” is pure soap opera that has cast a spell over viewers for several years. Last season, the show delivered rating and share levels three-times higher than the average viewing for OWN in the show’s 9pm time slot. Moreover, “HAHN” actually increased its ratings and shares over the prior year – a feat practically unheard of at a time when Live TV HUT levels are declining with viewers migrating to DVRs, OTT and digital video: 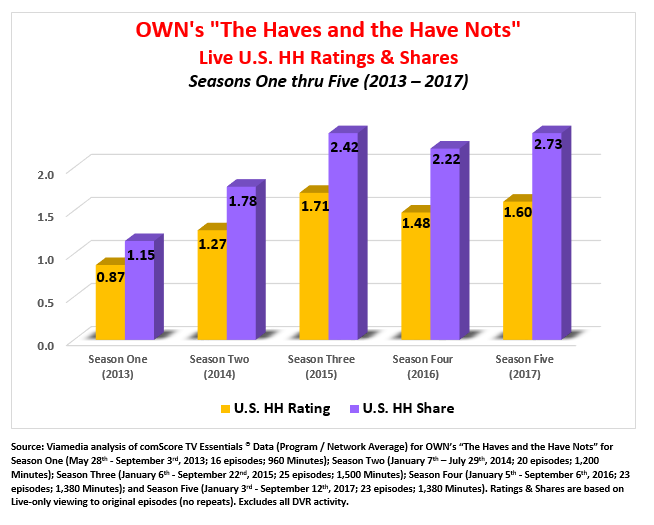 Not only is Live viewing trending up for “HAHN” when TV usage in general is headed in the other direction, but the show also exhibits a high level of DVR activity which more than doubles the Live rating after 15 days -- a sure sign of viewer interest and engagement in this primetime soap opera:

To get a sense of regional viewing skews for “HAHN,” we selected the Top 25 DMAs with the highest ratings through the first 5 episodes of Season Five (winter, 2017). Every single market is located south of the Mason-Dixon Line, with 15 of the markets found in just three deep southern States: Georgia, Louisiana and Mississippi. But the geographic skew is a bit more nuanced. It turns out that the show attracts a significant African-American audience. In Season Five, for example, the Live U.S. household rating was 1.60, whereas the rating within African-American homes was over 5-times that level (8.83 rating). Given this remarkable demographic viewing skew, it comes as no surprise that all of the Top 25 Markets have significant African-American populations, with the Median rank being 50 (out of 200+ DMAs): 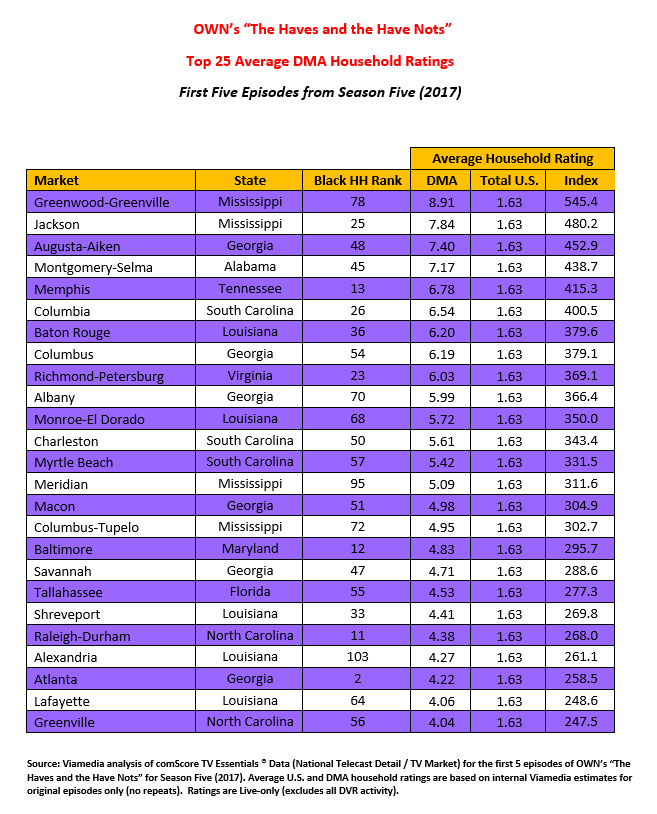 Over the past two seasons, HAHN has attracted over seventy advertisers who ordered over 460 spots across 20 Viamedia markets (~one-quarter of Viamedia’s national footprint.) That comes to an average of 3.2 spots per advertiser (per season).

In terms of local market advertising categories, automotive’s 31% share is right in line with what we typically see for this category across all programming. Over-represented in “HAHN” is the financial services category (22% share) and tune-in (15% share), both of which attain levels over five-times their average share company-wide:

Season Six and Beyond

“HAHN” premiered in 2013, and when I first viewed it my sense was that the production value wasn’t of the highest grade and the acting a “little” wooden. I’ll leave it to others to decide if there has been any improvement in the intervening four years. But in the end, I’m not sure it really matters. Clearly, this show is doing something right to attract such strong viewer interest. And the OWN Network has surely given “HAHN” a huge vote of confidence… at the start of Season Five, an order was placed for another 40+ episodes, which will take this over-the-top soap opera through Season Six and beyond! 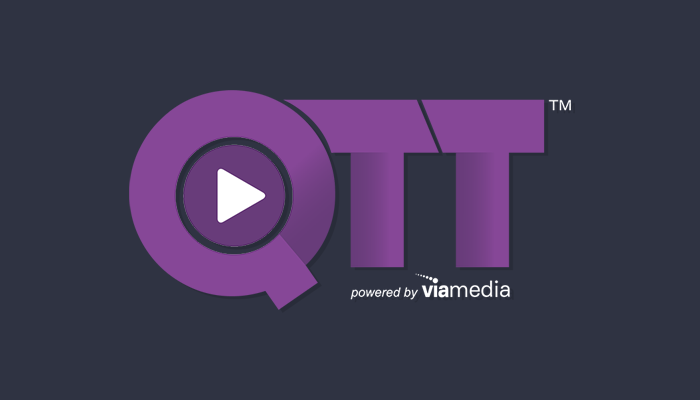