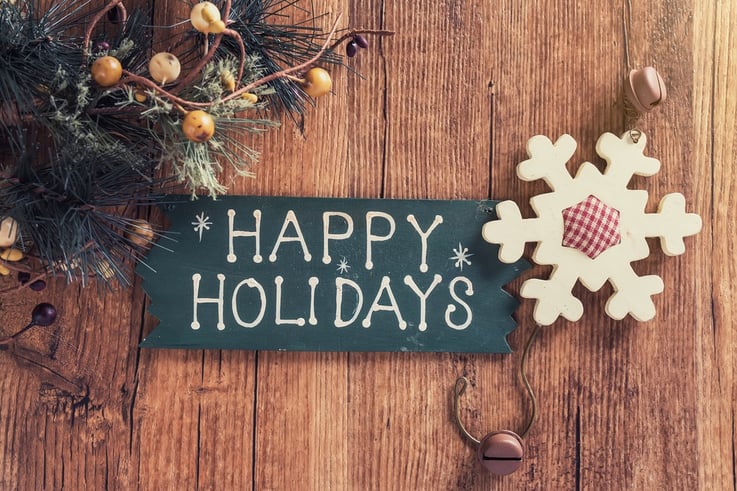 “Home for the holidays” conjures many images, and when it comes to watching television during the month of December, that image is probably ad-supported cable television, which accrues over 80% of all gross impressions associated with holiday-themed TV programming.

“Home for the holidays” conjures many images, and when it comes to watching television during the month of December, that image is probably ad-supported cable television, which accrues over 80% of all gross impressions associated with holiday-themed TV programming.

As 2017 winds down with the holiday season and New Year’s fast approaching, we’ve departed from our standard blog format to concentrate – not on a particular show or major sporting event – but rather on cable programming thematically linked to the upcoming holidays.

In order to do so, we started out by searching the comScore database (for the calendar month of December 2016) utilizing four search terms: “Holiday,” “Christmas,” “Hanukkah” and “Kwanzaa.” In all, the comScore Summary Report returned 1,000 telecasts, which we grouped into one of three major sources of viewing: 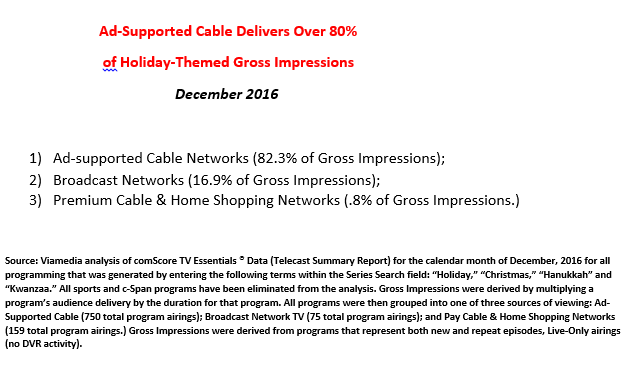 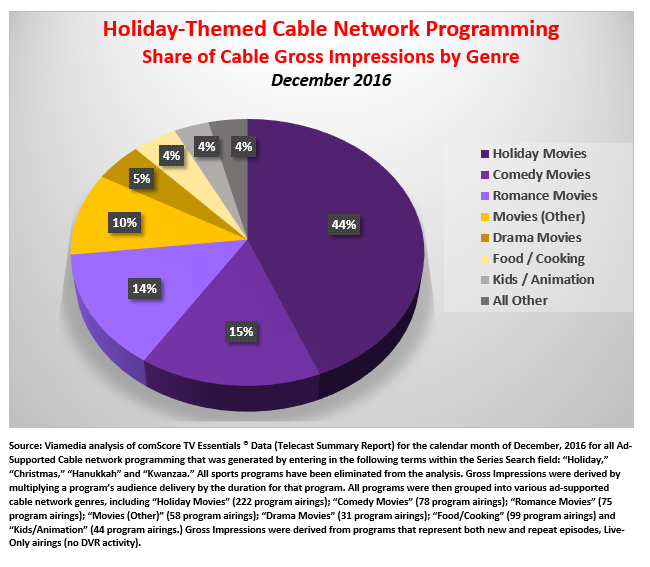 The “Big 4” of Holiday-Themed Programming

By our count, there are nearly 40 ad-supported cable networks providing holiday-themed programming for the month of December, with four major networks – Hallmark Channel, Hallmark Movies & Mysteries, Lifetime and Freeform -- accruing nearly 80% of all ad-supported gross impressions (which translates into two-thirds of all impressions across all sources of viewing): 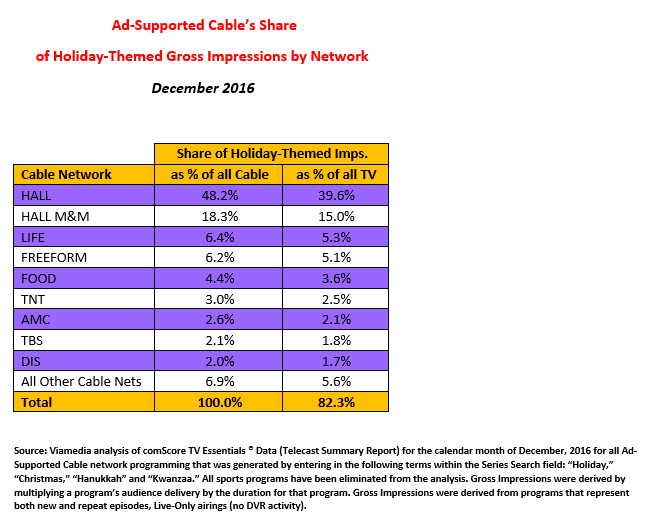 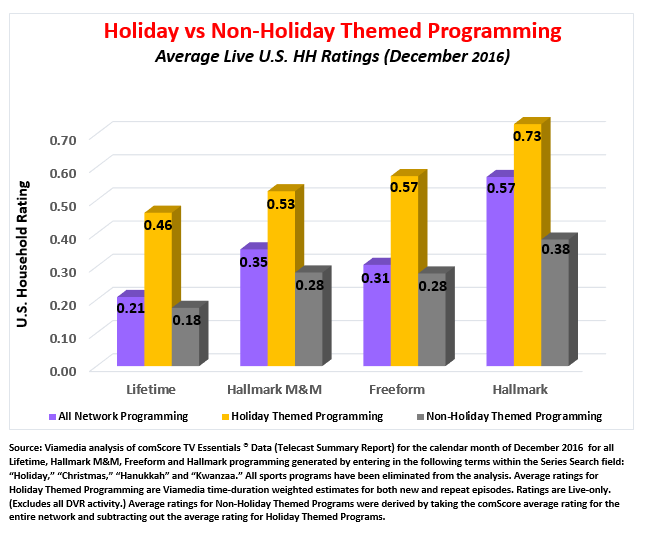 There is tremendous demand for Holiday-themed programming during the last month of the year, and we estimate that 3-4% of total Viamedia company-wide advertising dollars accrue to such programming. Last December 2016, over 1,200 clients ordered 60,000+ 30-second spots on holiday programming across 71 Viamedia markets (practically our entire nation-wide footprint). That comes to an average of 50 commercial units per client.

The five largest local cable advertising categories comprise nearly two-thirds of all advertising investments, and are all associated with the December Holidays, such as year-end automotive sales, retail & grocery shopping, dining out and vacation travel: 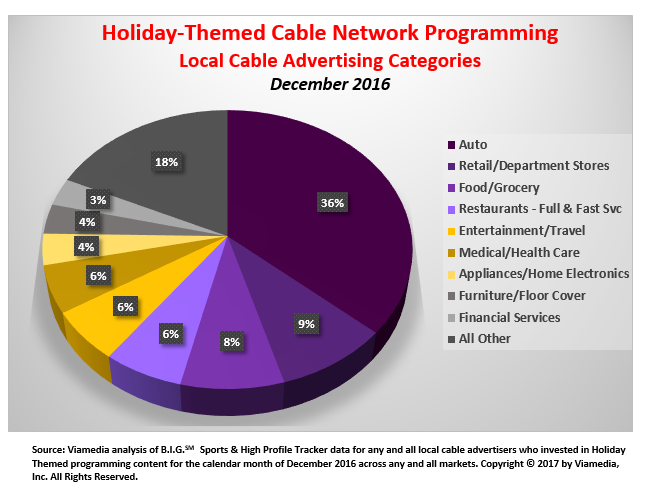 A Month Filled with Holiday Programming

As family and friends gather together to enjoy the holiday season, there is sure to be good food, good company and more than enough holiday-themed programming on cable to take everyone through the entire month of December and into the New Year. Enjoy the holidays!