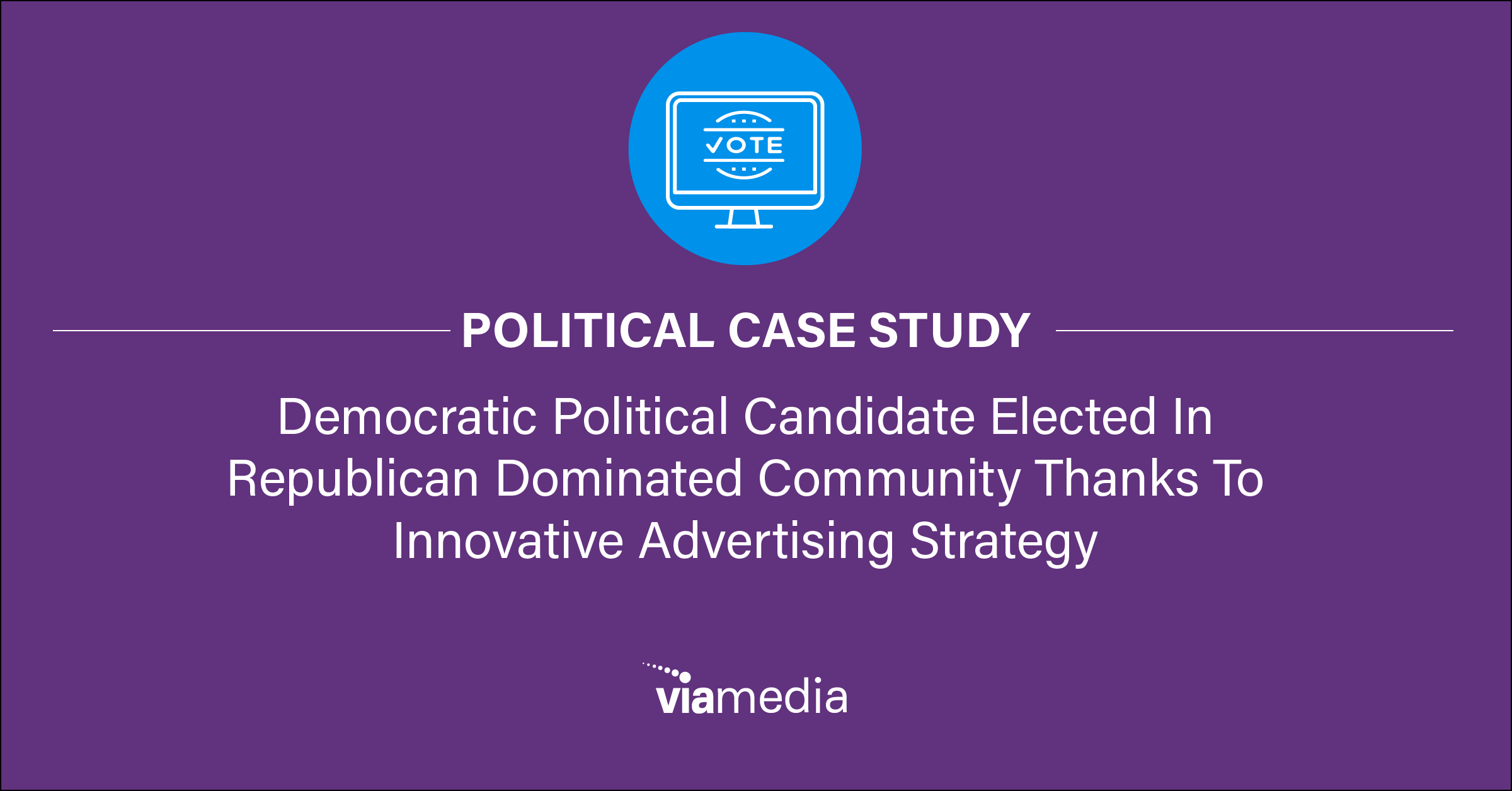 Reaching voter's today is getting more and more confusing. U.S. Adults are spending as much as 12 hours a day in front of TVs and computers – and that’s just while at home!

If your political advertising campaign is not integrating TV, computer and mobile screens, you're at a disadvantage.

In the case study below you can see how Viamedia's cross media advertising strategy can help you reach voter's at every stage of the campaign. We have the newest targeting technology to help you reach a relevant, local audience with little to no waste.

A Democratic County Commissioner was looking to build awareness about his platform and the election with voters in a local county in Indiana. The challenge was to get a Democratic candidate elected in a Republican dominated community.

Viamedia along with the candidate and his campaign staff developed a 5 month advertising strategy to:

4) Drive voters to the polls by retargeting the "email openers" with Facebook ads and Mobile scrolling text ads in the final weeks of the election.

Viamedia's CrossConnect™ Authenticated Device Targeting allowed the candidate to match voter addresses with their devices and then serve digital banner and video ads directly to them.

For election day, Viamedia's Mobile Ad Messenger product allowed the candidate to geo-fence the polling locations and deliver scrolling text ads to users in line to vote. We wanted to make sure his name was the last one voter's saw before the ballot.

Over the course of 5 months, Viamedia's advertising campaign drove 5300+ potential voters to visit the candidate's website to learn more about the candidate and his platform. 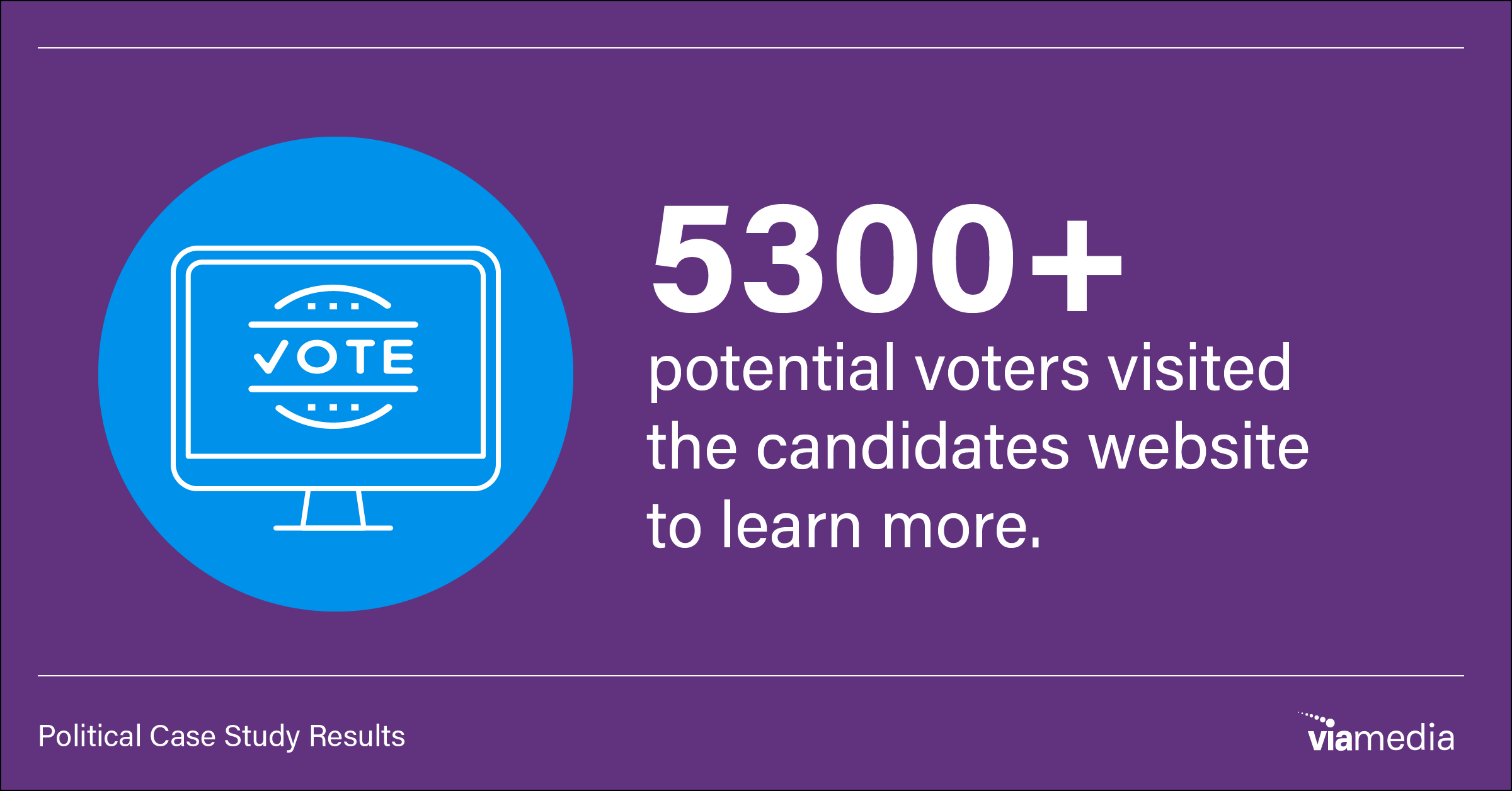 186 of those potential voters then took a secondary action on his site -- browsing his fundraising page or a specific platform page.

Viamedia's CrossResponse™ Email Marketing campaign drove 1,534 clicks with a extremely high CTR of 2.3%. The Targeted Display campaign delivered a high CTR of .27%, Facebook Display garnered 487 clicks and a high CTR of .20% and Targeted Online Video had 46,993 impressions, 117 clicks, .25% CTR, and a 78% View to Completion rate.

Most importantly the Democratic County Commissioner candidate was able to beat the odds and was elected in a primarily Republican dominated community in November of 2018.

In a competitive landscape, the political campaign was able to reach a highly relevant audience with an innovative device-level advertising strategy and to reach voters at every stage of the campaign, all with ONE media advertising partner, Viamedia. We work with every level of budget to find the most cost-effective advertising campaign strategy and offer a 24/7 campaign dashboard so you can keep up with your results in real time.

Interested in learning more about our innovative CrossConnect™ Authenticated Device Targeting , CrossResponse™ Email + Social retargeting, or mobile geo-fencing for your political campaign? Contact us at: viamediatv.com/political-advertising/ 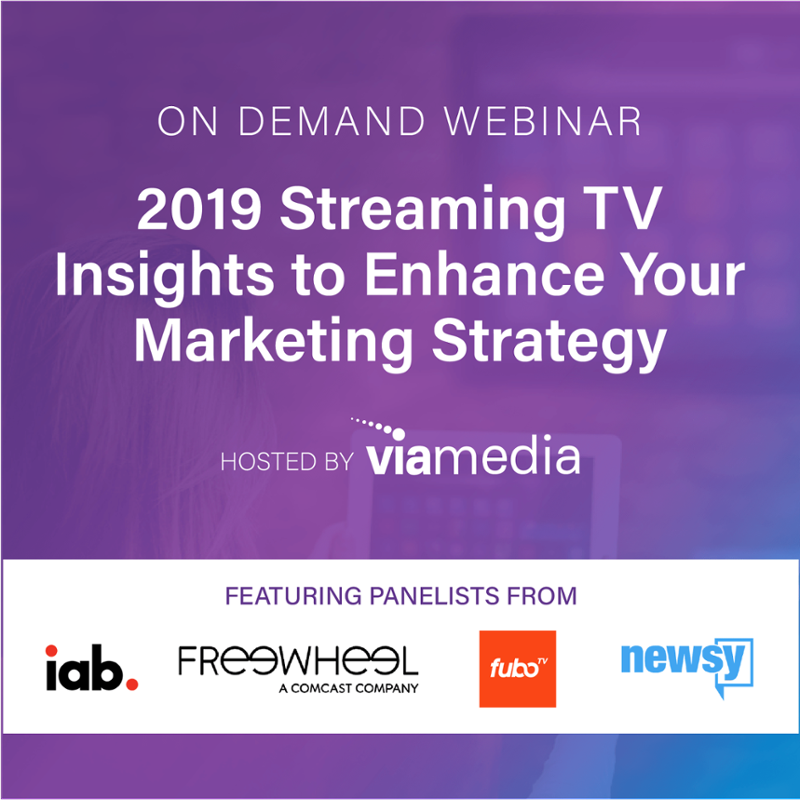